With the rise of temperature and precipitation in summer, the density of mosquito vectors will gradually increase, and the risk of local dengue outbreaks will gradually increase. Dengue fever is an acute viral infectious disease mediated by mosquitoes. Citizens should pay attention to protective measures. Dengue has no specific therapies and no vaccines are on the market. The most effective measures for family prevention are to prevent mosquitoes and mosquitoes, remove water at home, and seek medical treatment in time after suspected symptoms appear. Dengue fever is transmitted by mosquito bites and is not transmitted directly from person to person. As long as you are not bitten by mosquitoes, you will not have dengue fever.

Households should install screens, screens and other physical barriers; develop the habit of putting in mosquito nets when sleeping; use mosquito coils, electronic mosquito repellents, electric mosquito pats, mosquito-proof lights and other equipment in a timely manner; insecticide sprays can also be used  anti-mosquito treatment in rooms.
The data shows that the mosquito killer lamp is an environmentally friendly and pollution-free mosquito killer product developed by using mosquitoes ’light, moving with airflow, sensitive to temperature, and happy to gather, especially using the habit of mosquitoes chasing carbon dioxide and finding sex pheromones. Efficient killing tool for killing mosquitoes with black light. The mosquito killing lamp can be divided into three types: electronic mosquito killing lamp, stick catching mosquito killing lamp, and negative pressure airflow mosquito sucking lamp. The mosquito killer lamp has the characteristics of simple structure, low price, beautiful appearance, small size, and low power consumption. Because it does not need to use any chemical mosquito-killing material during use, it is a relatively environmentally friendly mosquito-killing method. 1. Into the wind, the mosquitoes can be attracted in any direction, with high killing rate and wide range.

2. The carbon dioxide odor generated by the photocatalyst simulates human respiration and has extremely mosquito-inducing effect. It has high mosquito killing efficiency, no pollution, and outstanding environmental protection.

3. The pheromone released by the captured live mosquitoes induces the same kind of people to continually trap and kill completely.

4. The mosquitoes are air-dried or die naturally, and there is no odor, which makes it easy to continuously trap mosquitoes.

5. The biggest feature is equipped with anti-mosquito escape device (anti-escape shutters), automatically shut down when the power is off, mosquitoes can no longer come out, naturally dehydrated to death. Be vigilant—see the doctor promptly if you have suspected symptoms to avoid future problems。 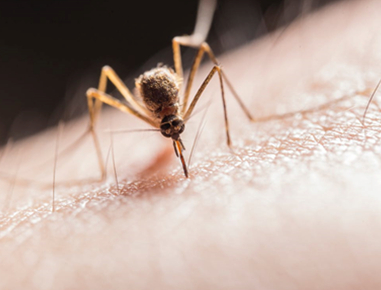 The clinical manifestations of dengue fever are complex and diverse. The main symptoms are high fever, pain in muscles, bones, and joints throughout the body, extreme fatigue, and some patients may have rash, bleeding tendency, and lymphadenopathy. Usually at the beginning of the onset, it is easy for the average person to treat it as a common cold and not care too much. However, severe patients will have obvious bleeding and shock, and if they are not rescued in time, they will die. Citizens in the dengue epidemic season or traveling to countries with high dengue fever and returning with fever and bone pain / rash should consult a doctor as soon as possible, and actively inform the doctor's travel history to help diagnose. Early detection, early isolation, and early treatment to avoid delays or transmission to family members through mosquitoes.